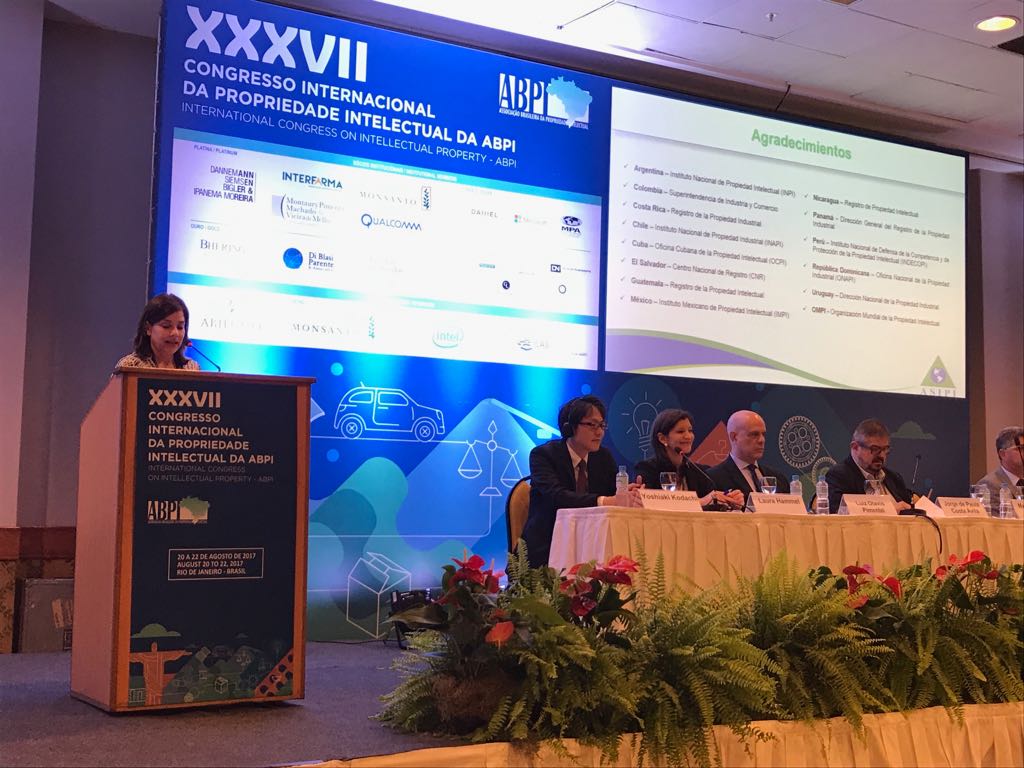 ASIPI participates in the International Congress of Intellectual Property of ABPI 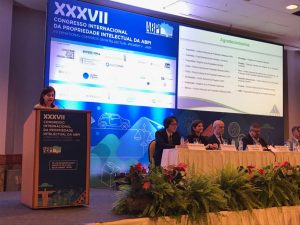 Like previous years, ASIPI was an exhibitor in the commercial exhibition of the event. Throughout the conference, the Stand received a good amount of visitors from all countries represented. The attendees were very interested in the XX Working Sessions and Administrative Council to be held next November 2017 in Panama City, as well as the XXI Congress of Intellectual Property to be held in 2018 in Rio de Janeiro.

Following the active participation of ASIPI in the Congress, Maria del Pilar Troncoso served as an expositor in the plenary III, with the intervention titled “Patent and Trademark Examinations: The Experience of Work Sharing Among IP Offices.” In this intervention, the President addressed the experience of several offices in the region, and the legal and commercial tools used by the offices to work with them.

The meeting served to continue the close collaboration between ASIPI and ABPI, as well as for the two institutions to be in tune to work on new projects together.