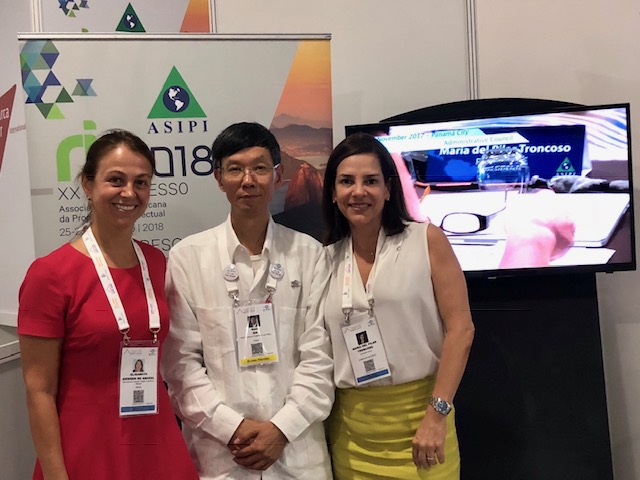 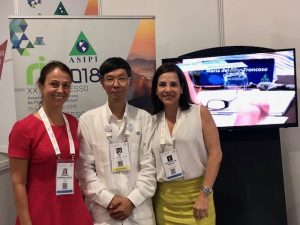 Maria del Pilar Troncoso, Elisabeth Siemsen and Enrique Diaz, President, Vice President 1 and Treasurer of the Executive Committee of ASIPI, represented the Association at the 2018 World Congress of the International Association for the Protection of Intellectual Property (AIPPI), held from September 23 to 26 in Cancun, Mexico.

The activity had an important academic agenda where topics of interest in the area of Intellectual Property were discussed.

Within the framework of the event, Maria del Pilar Troncoso attended a Work Lunch with the Ministry of Economy of Mexico, the Mexican Institute of Industrial Property (IMPI) and the Directive of the AIPPI. This meeting allowed the representatives of governments, the industry and from non-governmental organizations to discuss the current projects and which other initiatives could be developed together, in order to promote Intellectual Property in the region.

Likewise, the President participated in the 26th NGO meeting where entities such as AIPLA, INTA, IPO and CAP were present; among other important institutions. In this meeting the reports of the initiatives that these associations work were detailed and discussed.

ASIPI was present at the commercial exhibition of the event promoting the XX Congress that will take place from November 25 to 28, 2018 in Rio de Janeiro, as well as the Seminary of Los Cabos, Mexico, scheduled from March 31 to April 2, 2019.

The Congress served to strengthen ties between both associations, and as a space for discussion to discuss future projects.