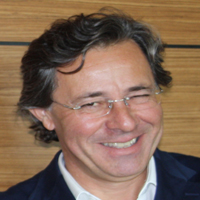 He studied Law at the Universidad Central of Barcelona.

Since 2000 and currently he is General Secretary of the Regulatory Council of Jijona and Turrón of Alicante.

Since 2017 and currently, he is Secretary General of the Spanish Association of Appellations of Origin (SPAIN ORIGIN).

Since 2019 he participates as a Speaker in different regional seminars of the European Commission’s IP KEY LATIN AMERICA PROJECT.

Member of the Executive Committee of Origin, Global IG Association.

Since 2007 Counselor of the Instituto Tecnológico Agroalimentario, AINIA.

Since 2013 and currently, member of the Plenary of the Alicante Chamber of Commerce.

All sessions by Federico Moncunill