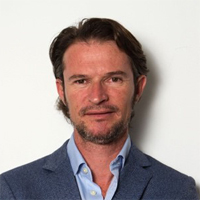 Santiago Peralta is the entrepreneur who changed the history of chocolate. Visionary, enthusiastic and independent, by questioning paradigms such as the traditional dependence of countries on the export of raw materials, he managed to make Ecuador not only stand out as a producer of the best cocoa, but also one of the best chocolates in the world.

By founding Pacari in 2002, Peralta demonstrated that world-class dark chocolate could be developed in the same place of origin as fine aroma cocoa. Pacari means “nature” in Quechua, and that name is consistent with Santiago’s philosophy when conceiving a benchmark business model that shows that offering a triple benefit – social, environmental and economic – is possible.

After almost two decades of tireless work, this lawyer-trained businessman, at the helm of Pacari, as CEO, has set the course for a pioneering proposal. One of its achievements has been to position Ecuador as a country that exports high added value generates virtuous transformations from the field, with more than 3,000 small-scale local farmers directly benefiting from this process. More than 300 recognitions around the world, and the acceptance of Pacari in more than 40 international markets, confirm the excellence of Santiago as a business leader. Convinced of the natural and cultural wealth of Ecuador, Santiago is a pioneer in promoting Ecuadorian gastronomy in the world.

Some notable milestones in the career of Santiago Peralta, CEO of Pacari:

All sessions by Santiago Peralta