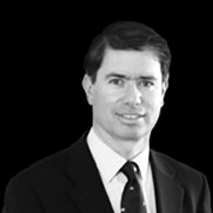 Felipe Claro is in charge of the Intellectual Property Practice Group of the firm Claro & Cia (Chile) and has extensive experience in advising national and multinational clients.