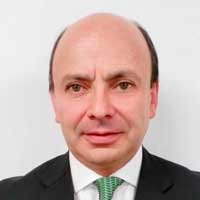 On July 2, 2021, the IMPI Governing Board ratified Alfredo Rendón as general director, at the proposal of the Secretary of Economy and President of the Board, Tatiana Clouthier.

Alfredo Rendón has a long history in industrial property of more than 25 years. He has served as deputy general director of Industrial Property, in charge of the divisions of patents, trademarks and protection of intellectual property, and previously, as divisional director of Legal Affairs, among other positions at IMPI since 1994.

He also has extensive international experience in intellectual property. He participated in the negotiations of the Mexican trade agreement with the United States and Canada (TMEC), the modernization of the treaty with the European Union, and the Comprehensive and Progressive Treaty of Trans-Pacific Partnership, among others. He has represented Mexico in the World Intellectual Property Organization, where he currently chairs the permanent committee on the Law of Trademarks, Industrial Designs and Geographical Indications.

Alfredo Rendón has given conferences in Mexico and other countries, and has been a professor of law.

He has a degree in Law from the Technological University of Mexico, with a postgraduate degree in Labor Law and Intellectual and Industrial Property from the Universidad Panamericana and a master’s degree in Business Administration from the Inter-American University for Development.

All sessions by Alfredo Rendón

Workshop 1: Evaluation of the implementation of the Madrid Protocol in Latin America, recent experiences