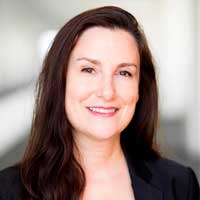 Cynthia Henderson serves as the intellectual property (IP) counselor based in Mexico City and covers Mexico, Central America, and the Caribbean. She advocates for the United States’ IP interests abroad by promoting high standards of IP protection and enforcement in the region, assisting U.S. companies, advising U.S. government officials on IP matters, and engaging with countries in her region on IP issues. Ms. Henderson was formerly an attorney-advisor in the Office of Policy and International Affairs at the U.S. Patent and Trademark Office (USPTO). Prior to joining the USPTO, Ms. Henderson was a senior associate with the law firm of Fulbright & Jaworski (now Norton Rose Fulbright) in Washington, D.C., where she counseled clients in the areas of trademark and copyright law, and an associate for the law firm of Arent Fox in Washington, D.C., in the field of IP. (Universidad del Rosario), as well as two Master’s degrees: one in International Affairs from the Universities (Externado/Columbia/SciencesPo) and the second in International Legal Studies from the University of Barcelona (Spain). He holds a further two postgraduate degrees in Administrative Law (Javeriana University/Universidad Javeriana, Colombia) and International Politics from the Universities (Externado/Columbia/SciencesPo).

All sessions by Cynthia Henderson