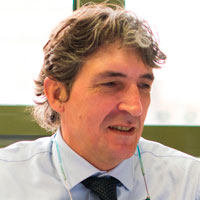 I started my professional career at Clarke & Modet in 1986 and in 1992, I was appointed director of the Barcelona Office of Clarke & Modet; in 1996 I founded IKUR BARCELONA law firm, which was later known as March & Asociados. In 2006 I joined the generalist law firm JAUSAS as partner in charge of the Intellectual Property department. This firm also joined the law firm Fieldfisher in 2018, where I kept the position of partner in charge of the Intellectual Property department, being a member of the board of directors and secretary of the board. I have been involved in multiple patent, trademark and design infringement proceedings before the Spanish and European Union Courts. I have given lectures in Intellectual Property at ISDE (Instituto Superior de Derecho y Economía) and IE (Instituto de Empresa); I have given several conferences on patents, trademarks, trade secrets and copyright at the Confederación empresarial de Terrassa, Colegio de Arquitectos and Correo Español.

All sessions by Josep Carbonell Callicó