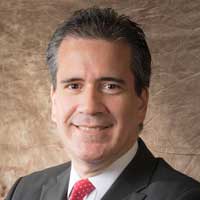 Luis Guinard holds a degree in Law and Political Science from the University of Panama (1992); He has a master’s degree in Commercial Law from the Universidad Catolica Santa María La Antigua (Magna Cum Laude) and master studies in Banking Law from the same university. He has postgraduate studies in the Franchise Executives Certification Program (PROCEF) of Universidad Anáhuac (Mexico), which he culminated with the highest academic index. He has Diplomas in Data Protection and Accountability and in Entertainment Law, both from Universidad de los Andes, Colombia; Diploma in Intellectual Property at Universidad Austral, Buenos Aires, Argentina. He is a professor of Intellectual Property Law and Banking Law at Universidad Catolica Santa María La Antigua. He is a member and former president (2010-2016) of the Panamanian Association of Intellectual Property Law (APADEPI); He is a member of the Inter-American Association of Intellectual Property (ASIPI) and a Member of the Court of said association; Member and former president of LES – Andean Chapter; former president of the national group of Panama to AIPPI; He participated as part of the private sector in the negotiations of the free trade agreements with the United States, Mexico, Peru, EFTA and the Association Agreement with the European Union; He is currently a partner of the firm of Guinard & Noriega.

All sessions by Luis Guinard