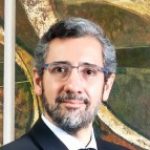 Over 25 years of professional practice in the areas of Intellectual Property, M&A, Banking law, Corporate law, International Trade law and litigation associated to the matter of such areas. Vicepresidente of Banco Ficohsa Guatemala and Ficohsa Insurances, which form part of a recongnized and solid Central American financial group. Served as First Secretary of Guatemala’s Permanent Mission before the United Nations in New York and as Deputy Director of Trade for said country’s Foreign Affairs Ministry. Was the principal Senior Consultant, for 9 years, of the regional-Central American Intellectual Property Capacity Building and legislation Project, executed through SIECA with the sponsorship of the US AID. Has been consultant to several IP projects developed by the IDB, the European Union, WIPO, UNDP and private entities. He formed part as a member to the drafting and discussion committees for the current IP legislation in force in Guatemala, including most of the amendment processes. He participated in several trade negotiations as an advisor for national governments or regional integration entities as well as for private sector in matters concerning IP and market access. Has been invited lecturer on IP; International trade, economic integration in several events under the auspices of WIPO, the USPTO, the American Chamber of Commerce (US), SIECA and various universities in Central and South America, México and the USA. Works of his authorship in IP and banking matters have been published in Guatemala and other Latin American countries. Has participated in M&A processes that together account for over 1 billion dollars. Vicepresident – Guatemala of the Interamerican Copyright Institute (IIDA) y member to ASIPI’s Executive Board.

All sessions by Marco Antonio Palacios