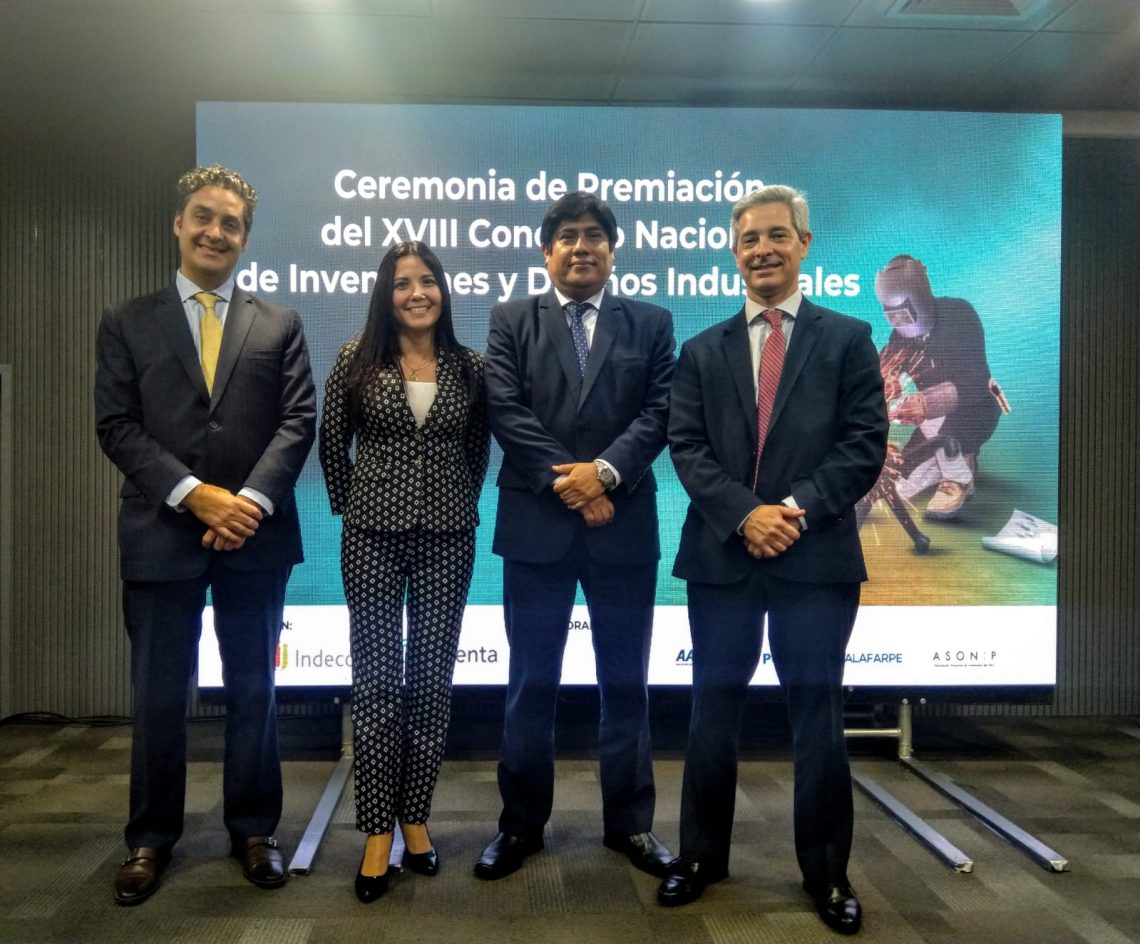 On November 26, the final of the XVIII National Contest of Industrial Inventions and Designs organized by INDECOPI and with the collaboration of ASIPI took place in Peru. Mr. Cristian Bittel, president of the Patent Committee of our association and our director Juli Gutierrez Zanelli participated in this important event.

From just over 600 applications, 172 inventions were selected that were exhibited at Expo Patenta 2019, among which the intervention of 30% of women stood out and classified as finalists 3 inventions proposed by minors.

Mr. Hernán Asto, winner of the Green Patent contest held by ASIPI during the Lima conference, was among the 12 finalists and obtained other awards for his invention ‘Device generating electricity from bacterial species, plants and solar panels with cooling system ‘.

The winner of the main contest was Rodrigo Coquis of the company Greentech Innovation S.A. with the invention called “Compact fuel purifier, liquid hydrocarbons by physical and chemical means” through which it is possible to decontaminate water and soil from gasoline and diesel by expelling the engine completely pure fuel.

Within the qualifying jury, Mr. Cristian Bittel was representing ASIPI, who along with the other members of the jury and the president of the Board of Directors of Indecopi, Ivo Gagliuffi, was responsible for delivering the prizes to the different categories and the winner of the contest.

During the awards ceremony, Mr. Ivo Gagliuffi Piercechi, highlighted the importance of the promotional actions being carried out by INDECOPI as the National Contest of Industrial Inventions and Designs to disseminate the importance and benefits of using patents as a tool for the protection of creations. He also thanked the participation of collaborating organizations in the event among which he highlighted ASIPI.