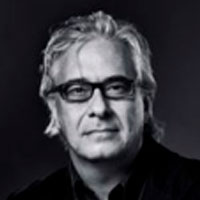 La Portuguesa, Veracruz, Mexico, 1963. Author of ten novels translated into various languages, and of short stories, essays and poetry. From Bocafloja, his first novel, he became one of the most important literary voices of his generation. The House of World Cultures (Haus der Kulturen der Welt) in Berlin, elaborated a profile on his work where it  says: “More than any other of the writers of his generation, Soler has achieved his own style, highly visual, in his prose and his poetry ”. During the last ten years of the 20th century, in parallel to his writing work, he conducted music and literature programs on two of the most influential radio stations in Mexico. He later became a diplomat in Ireland and now lives in Barcelona, ​​the city that his family left after the Civil War, where he works on his next novel and articles that he publishes in newspapers and magazines. He is a knight of the Irish Order of the Finnegans and a member of the National System of Art Creators of Mexico.

All sessions by Jordi Soler