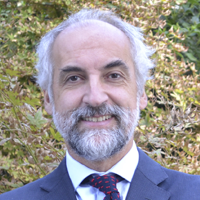 Maximiliano is the founder of Santa Cruz IP, a law firm that advises on the design of intellectual property (IP) strategies, innovation, and technology transfer. He is also Senior Counsel at Aninat Abogados, a Legal 500 law firm in corporate affairs.

He headed the National Institute of Industrial Property (INAPI), Chile’s IP office, from its creation in 2009 to October 2018. In recent years INAPI has been chosen three times as the best government agency in Chile and was chosen the second Most innovative office in the world (World Trademark Review), always in the top 10. He led INAPI to become part of the group of International Patent Authorities within the PCT and was the founder of PROSUR, the most advanced integration initiative among (15) IP Offices in Latin America.

He chaired the WIPO Standing Committee on Patents and the Working Group on the PCT, both for two terms. He was also a negotiator for the IP chapters in several of Chile’s trade agreements, such as the EU, EFTA, Korea, Pacific 4 (P4) and the US.

He is a panelist in the dispute over IP and technology transfer between the United States and China at the WTO, and a consultant for the Inter-American Development Bank, the IP Office of the European Union, the World Bank and WIPO. He publishes frequently on IP issues and has been a professor of IP at the Catholic University, the University of Chile, and the Universities Finisterrae and Del Desarrollo. He was Chair of the Expert Advisory Group of the Medicines Patent Pool from 2011 to 2020. Today he is also a member of the Presidential Advisory Council on Modernization of the State and one of the directors of The Lens (lens.org).

All sessions by Maximiliano Santa Cruz

Compulsory Patent Licenses in the Context of the COVID 19 Pandemic