Master Conference: The Evolution of a Content Company from a Traditional into a Streaming Model 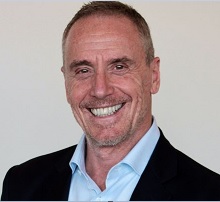 Master Conference: The Evolution of a Content Company from a Traditional into a Streaming Model

Perhaps few companies in the World have witnessed and been at the forefront to the  creation, distribution and exploitation of Intellectual Property assets as The Walt Disney Company (WD). Since the inception of WD, the company has been focused in content creation and has pioneered its distribution in the form of feature films, licensing,  TV, the most beloved them parks in the world, cable and OTT with the recent launch  of Disney +.

Please join Diego Lerner, President at the Walt Disney Company Latin America as he explains what makes WD one of the world’s leading content creators, its  culture , its philosophy  and how they keep pace with new generations, new technologies and new revenue models.