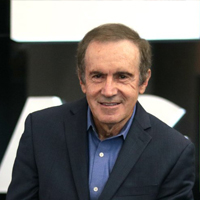 ANDRES OPPENHEIMER, selected by Foreign Policy magazine in Spanish as “one of the 50 most influential Latin American intellectuals”, named by “Poder” magazine as one of the 100 “most powerful” figures in Latin America, and the Forbes Media Guide distinguished him as one of the “500 most important journalists” in the United States.Columnist for The Miami Herald, host of the program “Oppenheimer Presenta” on CNN en Español, and author of eight best-sellers. His column “The Oppenheimer Report” is published regularly in more than 50 newspapers throughout America.Oppenheimer was a co-winner of the Pulitzer Prize together with The Miami Herald team, and was distinguished with the two most prestigious awards in Spanish-speaking journalism: the Ortega y Gasset award from the newspaper El País in Spain, and the King of Spain Award. Winner of the Maria Moors Cabot Awards from Columbia University, the Overseas Press Club Award from the Overseas Press Club of Washington D.C., and the Suncoast Emmy Award from the National Academy of Television, Arts and Sciences of the United States.Born in Buenos Aires, Argentina, he began his studies at the University of Buenos Aires, and moved to the United States with a scholarship from the World Press Institute to continue his studies at Macalester College, St. Paul, Minnesota. He earned his master’s degree in journalism from Columbia University. He has received honorary doctorates from the Galileo University of Guatemala, the Domingo Savio University of Bolivia and the ESAN University of Peru.He was chief of the Miami Herald’s correspondent in Mexico, Colombia, and Central America. He worked for five years at The Associated Press in New York, and has contributed to The New York Times, The Washington Post, The New Republic, CBS News, and the BBC in London. He has interviewed Donald Trump, Barack Obama, Hugo Chavez, Daniel Ortega, Bill Gates, and almost all Latin American presidents.His books on innovation, education, competitiveness and corruption – include «CREAR O MORIR!»: La esperanza de América latina y las cinco claves de la Innovación«, “BASTA DE HISTORIAS»: La obsesión latinoamericana con el pasado y las 12 claves del futuro” ; “CUENTOS CHINOS: El engaño de Washington, la mentira populista y la esperanza de America Latina”; and “OJOS VENDADOS: Estados Unidos y el negocio de la Corrupción en America Latina”. His new book “SÁLVESE QUIEN PUEDA!”, on the future of work in the age of automation, has been the No. 1 non-fiction best-seller in several countries.

All sessions by Andrés Oppenheimer