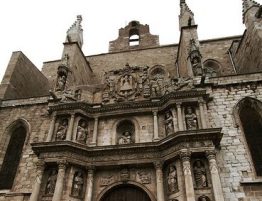 At the end of the 80s major changes and transformations in intellectual property matters were conceived not only in the different countries but globally as a result of multilateral commercial negotiations, like the Uruguay Round of the GATT and the TRIPS Agreement, which is a fundamental milestone in the evolution of the world intellectual property regime.

In the American continent, Mexico leads these changes particularly due to the commercial agreement with the United States and Canada (NAFTA) and then there are other countries like Argentina, Chile and Brazil. On the other hand, the Andean countries, in the frame of the Andean Community of Nations, issued Decisions 344, 345, 351 and 486 which contain the common regime for the protection of intellectual property.
An Organizing Committee of the Inter-American Association for Intellectual Property – ASIPI, following an initiative of American scholars convened an international meeting of 25 experts coming from 17 countries which gathered in Acapulco on April 11, 1964 and then, in the Convention which was held in Mexico City on April 14th and 15th of the same year, ASIPI was founded.

Before 1964 there did not exist an Inter-American institutional framework which would meet the needs, interests and concerns of the specialists. The impact of ASIPI’s creation was such that in the first congress held in Buenos Aires, one year later, 122 delegates of 16 countries were gathered and today ASIPI has more than one thousand five hundred affiliates belonging to all of the American countries and other regions like Europe, Asia and Africa.

Since its creation until today, ASIPI, through the actions of its different Executive Committees, Work Committees and meetings held throughout the region, has been involved in the positive and accelerated evolution that intellectual property has had worldwide, answering effectively and responsibly to the emerging challenges and perspectives and playing a prominent role as platform for the economic, social and legal development of our countries.

ASIPI, as an Inter-American regional organism, is an observing member of the World Intellectual Property Organization – WIPO  and actively participates in other international forums like the World Trade Organization – WTO and the Internet Corporation for Assigned Names and Numbers- ICANN.