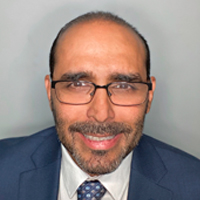 Patent Agent registered with the United States Patent and Trademark Office (USPTO) and holds a degree in Electrical Engineering from the University of Puerto Rico.With over 21 years of experience in the patent area, Roberto began his career as a Patent Examiner for the USPTO where he worked for 6 years examining inventions directed to various technological areas such as: electrical, electronics, semiconductors, telecommunications, and control systems applied via hardware / software. Later, he graduated as a Patent Agent and began to work for the specialized search company Landon IP (now CPA Global) as a Patent Specialist where he had the opportunity to perform searches for the state of the art, novelty, infringement and validity among others. In addition, Roberto worked as Operations Manager for Patenting Consulting Group, LLC where he coordinated and handled all matters related to the patent area including: searches, drafting and examination of applications, technology transfer and intellectual property portfolio, among others. Mr. Ríos shares his knowledge as an expert consultant through seminars and training workshops for professionals in Latin America for the World Intellectual Property Office (WIPO) and for the Inter-American Association of Intellectual Property (ASIPI) where he currently holds the position of secretary of the Patent Committee.Currently, Roberto works directly with electrical, mechanical, materials, biotechnology and implementation inventions through software for the firm Hoglund & Pamias, PSC, in which for the past 13 years he has served as Director of the area of ​​patents and coordinator of services International for Puerto Rico and the United States.

All sessions by Roberto Rios