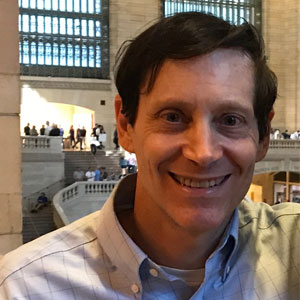 David Greenspan has been involved in the video game business for over 20 years working in Business and Legal Affairs for some of the most significant video game publishers at the time in the industry, including Sony/989 Studios, a division of Sony Computer Entertainment America Inc., now called Sony Interactive Entertainment, THQ Inc., Lucas Arts and Midway Games.  He most recently worked as the Sr. Director of Legal and Business Affairs for BANDAI NAMCO Entertainment America, the creators of Pac-Man and Tekken. He currently works for a number of companies as a consultant. He has worked on the day-to-day business and legal issues on more than 100 video games and has been involved in all aspects of video game development, publishing, licensing, distribution, and marketing and has negotiated hundreds of agreements covering these areas. Many of these deals have involved major game developers, distributors, motion picture studios, professional sports leagues, television networks and advertisers.Mr. Greenspan was the lead author of the WIPO publication entitled Mastering The Game: Business and Legal Issues for Video Game Developers. The book is one of the top all-time downloaded books for WIPO’s creative industries and has been translated into Spanish, French, and Russian. He is currently working on a new book about the video game industry.Mr. Greenspan teaches a class in entertainment transactions with an emphasis on the video game industry at Santa Clara University School of Law where he has taught for more than 10 years. He also recently taught at the University of Miami Law School.  Mr. Greenspan was one of the first teachers to teach legal and business issues of the video game industry at the university level when he taught classes in this area at UCLA Extension from 1996-2000.  In addition to teaching, he has lectured about the video game industry at events in Argentina, Colombia, Guatemala, Paraguay, London, Poland, Romania, Philippines, and Jamaica, and conducted seminars on licensing at the USC Marshall School and Loyola Marymount University.Prior to entering into the video game industry, Mr. Greenspan was Director of Legal Affairs at  Troma, Inc., an independent motion picture production and distribution company which required him sometimes to draft agreements in the morning and act in films in the afternoon.

USE OF WORKS IN THE DIGITAL ERA – WHAT CAN BE DONE WHAT CANNOT?