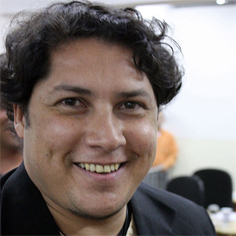 Mr. Barreto will speak in the Panel: The soccer business: Lawyers and laws at the center of the field