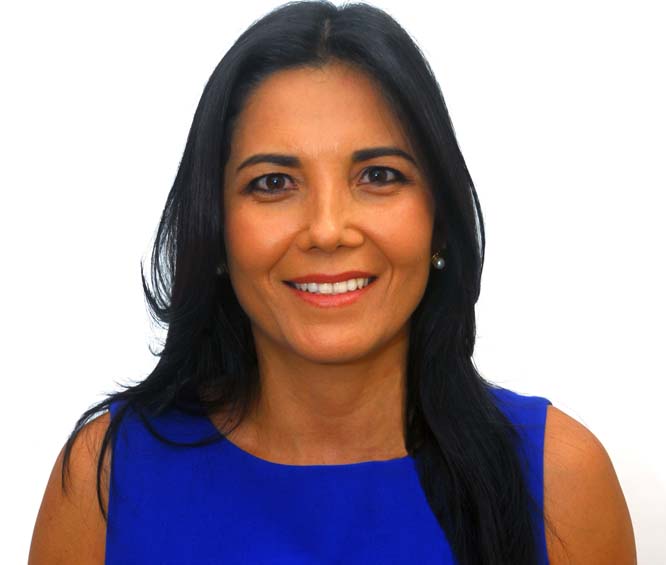 Lawyer Degree from the Pontificia Universidad Católica del Perú (PUCP). Holds a Master Degree in in European Union Law awarded by the Universidad Complutense de Madrid, Spain. Has studies of National and Federal Law at the City University of New York (CUNY). Worked as Advisor at the Justice Commission of the Peruvian Congress and at the Commission of Unfair Competition of INDECOPI. In 2008 she joined the international lawyers program of one of the most important law firms in Beijing, China. Awarded with a scholarship granted by the China Council for the Promotion of International Trade (CCPIT), Beijing, China. Director at the Peruvian Chamber of Commerce of China (CAPECHI) until 2018. She was partner at Estudio Muñiz where she was Director of the International Department for Intellectual Property area. She is currently a partner in charge of the Intellectual Property Department at the firm DiezCanseco Abogados in Lima (PERU). She was elected as national delegate of Peru at the Inter-American Association of Intellectual Property (ASIPI) for the period 2016-2018 and as director of the Peruvian Association of Intellectual Property for the period 2017-2019. She is also a member of the international organization WOMEN IN THE PROFESSION (WIP-PERU) where she mentors in the mentoring programs developed in Peru since 2017.

Mrs. Gutiérrez will be our Moderator in the Workshop: ARTIFICIAL INTELLIGENCE – WHAT’S NEXT?