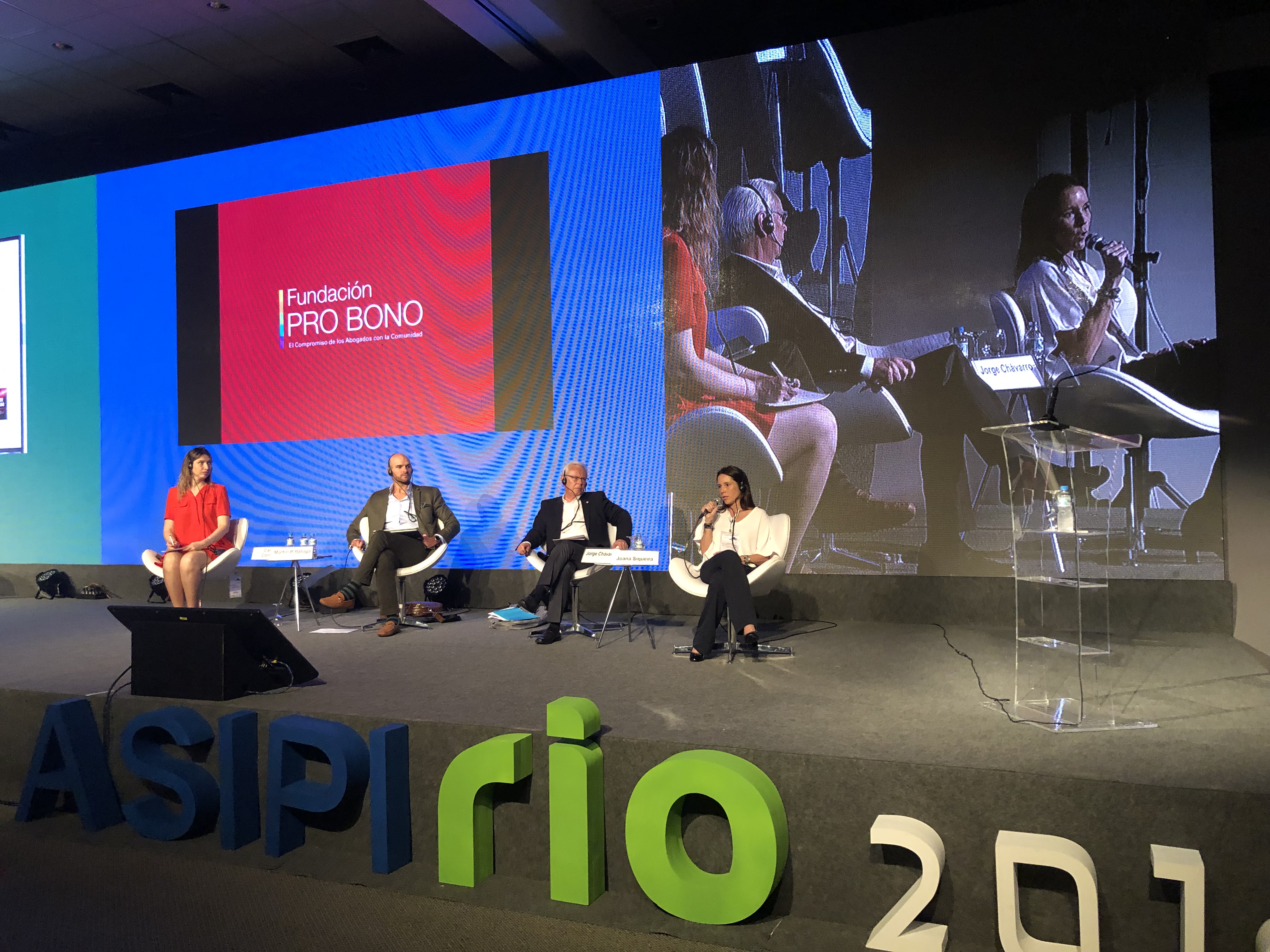 We started the morning of Tuesday, November 27 with two very interesting workshops: “The Soccer Business: lawyers and laws at the center of the field” with the participation of Fabio Riva from AB InBev, Peter Eduardo Siemsen of Dannemann Siemsen, Bigler & Ipanema Moreira and Former President of Fluminense Soccer Club, Lorenzo Litta of Spheriens and Bismarck Barreto Faría, Former soccer player. José Antonio Arochi from the Mexican firm Arochi & Lindner was the moderator.

Simultaneously, the workshop “Opening doors to pro bono services” was conducted by Carolina Contreras of the Pro Bono Foundation, Jorge Chávarro, Member of ASIPI and Martín Pittaluga of the firm Pittaluga Abogados as the moderator. At the end of the workshop, the President of ASIPI, María del Pilar Troncoso signed collaboration agreements, both with the Pro bono Foundation of Chile, and with the one from Colombia. These agreements come to materialize the great interest that exists in the Association to promote pro bono initiatives.

In the second part of the morning, we had a workshop on “Monetization of Intellectual Property – Transforming ideas into Capital” with the participation of Dave Kaufman of AT & T and André Matías of Interbrand with Marco Antonio Palacios, Member of ASIPI, as moderator. We also had the workshop on fashion law “Fashion is Fashion” by Barbara Kolsun of Cardozo School of Law and Andreia de Andrade Gomes, of the Association of the Bar of Brazil with the moderation of Lorena Mersán de Mersán Abogados and Castor González of GR Lex.

After an intense morning, the participants had moments of leisure in the Olympic Golf Course. Tennis, golf, soccer and paddle tennis were the sports activities offered, and women especially enjoyed the personal defense class with Jiu-Jitsu world champion Kyra Gracie. A lunch was offered with the most typical food of the Brazilian cuisine: Feijoada with caipirinha and was enlivened with music and show of the samba school Vila Isabel. Massages and reflexology were also available to our participants.

The Education Committee of the Association, carried out an activity of ASIPIEDUCA in the Pedro Ernesto Municipal Public School. We thank Karina Carmona, Secretary of the Committee and Joana de Mattos for the talks offered.

The participants had a free agenda for the night, after an intense and fun day.