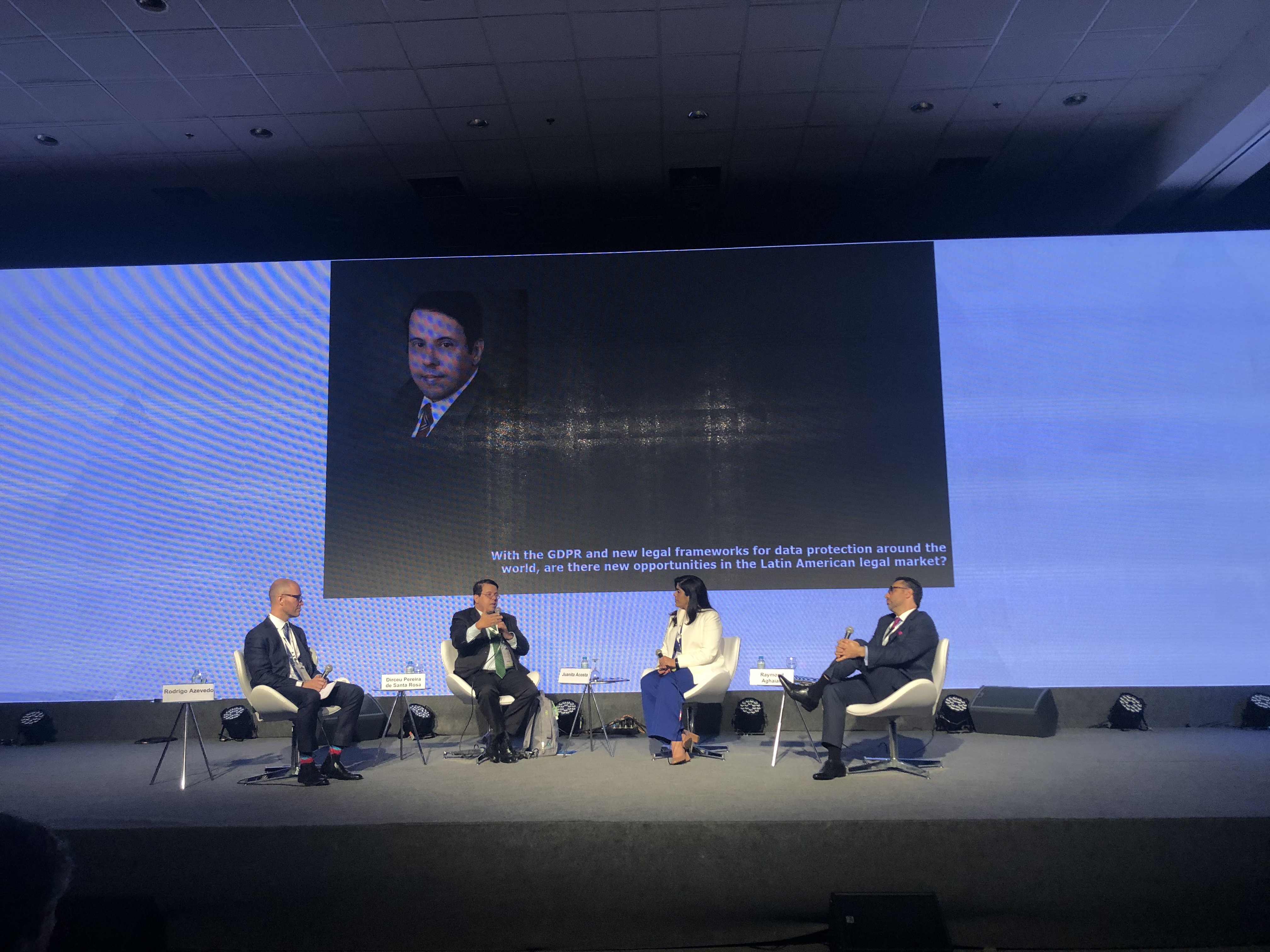 Last day of the ASIPI Congress in Rio

On Wednesday, November 28, the academic day began with the panel “Are you ready to advise on Data Privacy?” with the participation of Dirceu Pereira of Santa Rosa, Montaury Pimenta of the firm Machado & Vieira de Mello (Brazil), Raymond Aghaian from Kilpatrick Townsend LLP (USA), Rodrigo Azevedo from Silveiro Advogados (Brazil) with the moderation of Juanita Acosta from Dentons Cardenas & Cardenas (Colombia).

After the coffee break, we had the panel on “Feeding the World? Food Security and Intellectual Property “with Patrícia Pacchioni de Castro Oliveira of John Deere (Brazil), Andrea García of Bayer Crop Science (Brazil) and with Gabriel Leonardos, of Kasznar Leonardos Propriedade Intellectual (Brazil) as moderator.

The last panel of the morning was given by Alan J. Kasper of Sughrue Mion, PLLC (USA), Song K. Jung of Dentons (USA) and Roberto Rios of Hoglund & Pamias, PSC (Puerto Rico) as moderator. They addresses the subject “Do you know Alice? Patentability Criteria “

The panel of the afternoon addressed the topic of “Artificial Intelligence – What’s next?” with Myrtha Hurtado of Novartis International AG (Switzerland) and Alejandro Roca Campaign of the World Intellectual Property Organization -WIPO- (Switzerland) as panelists and Juli Gutiérrez of the firm Díez Canseco, Competition & PI (Peru) as moderator.

After the academic part of the event, the General Assembly of the Association took place. Having met the necessary quorum, the members of the Executive Committee submitted their reports and the new By-laws were approved as well as three resolutions on the financial autonomy of the intellectual property offices, the country sign and on the preliminary interpretations of the Court of Justice of the Community. Andean The appointment of Ileana del Carmen Martinelli (Panama) and Irene De Sola (Venezuela) as Honorary Associates was also approved. To finalize the Assembly, the Executive Committee 2018-2021 was elected: Elisabeth Siemsen (Brazil) as President, Enrique Díaz (Mexico) as Vice-President 1, Jorge Cávarro (Colombia) as Vice-President 2 (Colombia), Luis Henriquez (Venezuela) as Secretary , Matías Noetinger (Argentina) as Treasurer, Marco Antonio Palacios (Guatemala) as Director 1, Ricardo Fischer (United States) as Director 2, Juli Gutiérrez (Peru) as Director 3 and María del Pilar Troncoso (Dominican Republic) as Past President.

As the closing of this great Congress, a formal dinner was held in the Jockey Club, in a very glamorous atmosphere with excellent music and exquisite food. On this occasion, acknowledgments were given to the Working Committees that stood out during this period, as well as to the associates who stood out for their commitment and dedication to the Association.

It was a pleasure having you in Rio de Janeiro and we look forward to having you at the Seminar “Intellectual Property & Technology – Connecting the Future Are You Ready to Follow the Rhythm?” From March 31 to April 2, 2019 in Los Cabos, Mexico.