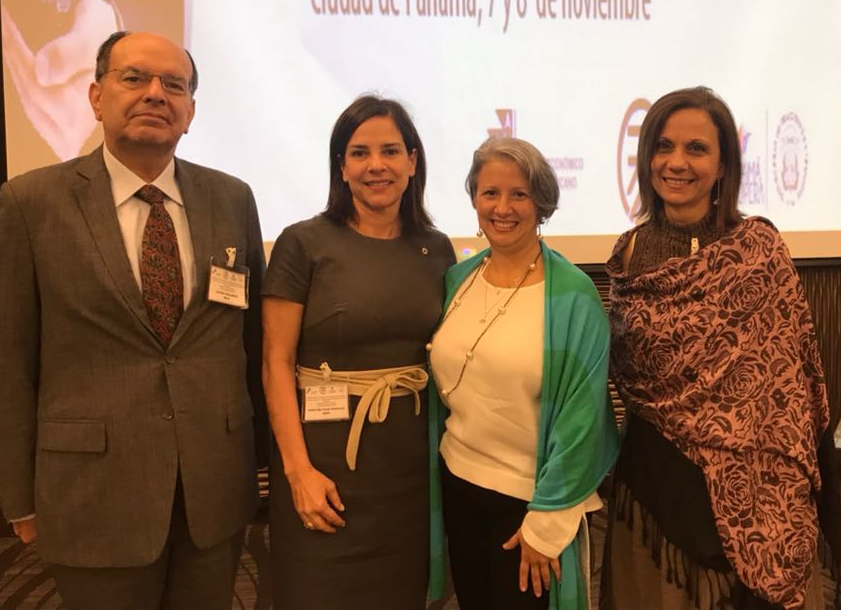 ASIPI participates in the XXVIII Meeting of International Cooperation Directors

On November 7 and 8, Maria del Pilar Troncoso, President of ASIPI, participated on behalf of the Association in the XXVIII Meeting of International Cooperation Directors of Latin America and the Caribbean: Cooperation for Intellectual Property. The activity, held in Panama City, was organized by the Latin American and Caribbean Economic System (SELA), in collaboration with the Ministry of Foreign Affairs (MIREX) of this Panama and with the support of the Pérez Guerrero Trust Fund (FFPG) of the Group of 77.

SELA organizes this meeting every year in order to report on the progress made in each period by the countries. Also, the activity serves as a discussion forum to expose the obstacles that each administration faces, and in what way they can face. On this occasion, the meeting sought to present ideas and experiences of collaboration focused on Intellectual Property, which favor the integration and economic development of the region.

Given the importance of the activity, it was attended by numerous directors and representatives of Intellectual Property offices and governments throughout the Latin American and Caribbean region. In order to take a more complete look at the collaborative plans, organizations such as INTA, WIPO, UNESCO and ASIPI developed a panel where they explained the projects, initiatives and experiences in Intellectual Property.

During the two hard days of work, the President had the opportunity to converse with Mr. Javier Paulinich, Permanent Secretary of SELA, Ms. Selina Baños, Director General of Cooperation of the MIREX of Panama and Ms. Sary Levy-Carciente, Consultant of the Permanent Secretariat of SELA.

The experience in general allowed ASIPI to have a more active and direct participation with SELA and the offices and associations of the region.