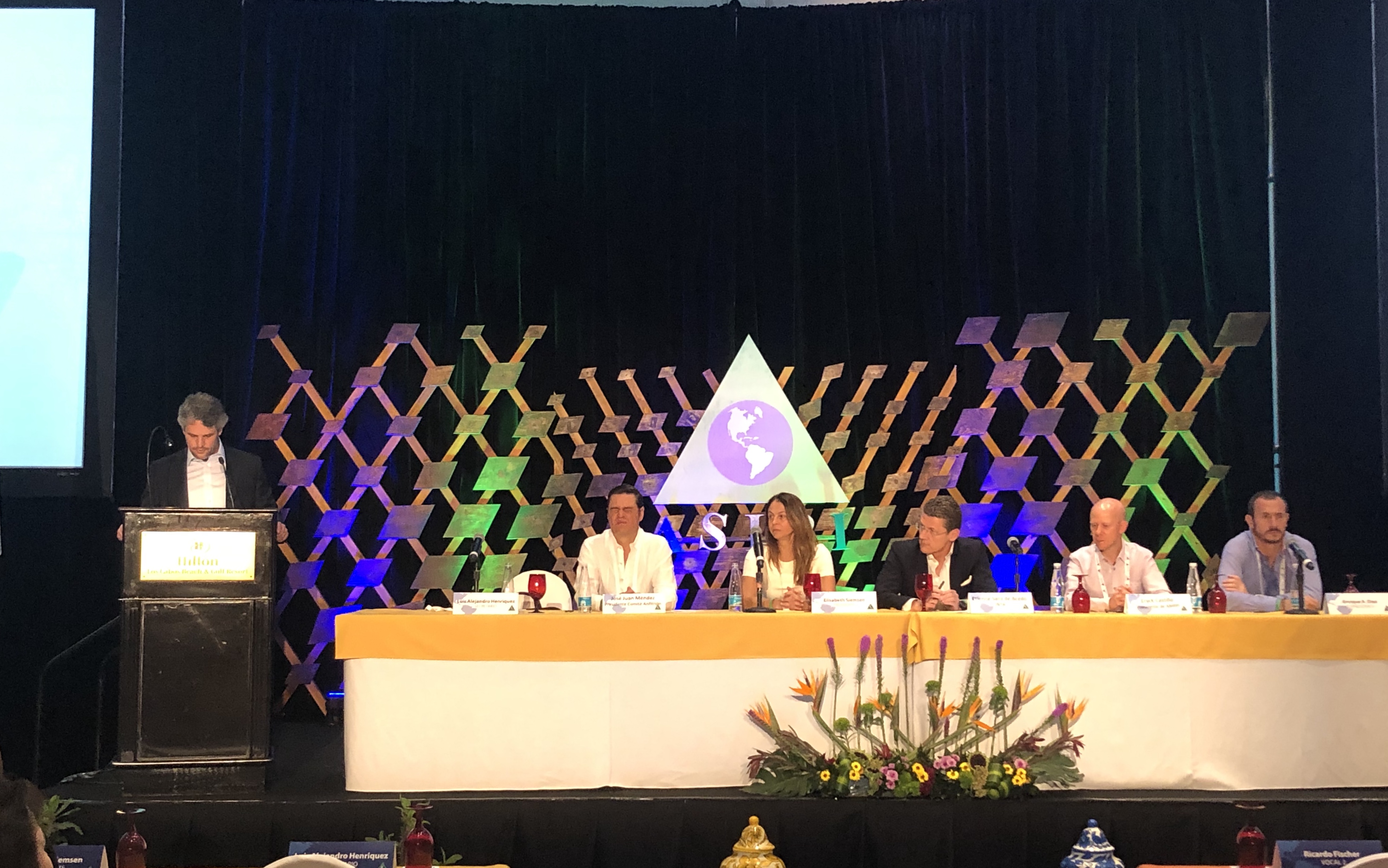 After Elisabeth Siemsen’s words of welcome, the event was formally inaugurated and was followed by the first morning panel “Battle Royale & E-Sports” with David Greenspan from Santa Clara University School of Law (United States), Gregory Boyd from Frankfurt Kurnit Klein & Selz PC (United States) and moderated by José Roberto Herrera from Herrera Díaz Abogados (Colombia). Topics related to eSports Tournaments and its structure as well as video game developers accused of copyright infringement related to athlete tattoos and dance infringements were addressed in this panel.

The second panel of the morning was “Blockchain: Have you thought how it will impact the way you lend IP services?” with Felipe Dannemann of Dannemann Siemsen (Brazil), Markku Rasanen of Alcestor Inc. (Finland) and Juan Felipe Acosta de OlarteMoure (Colombia) as moderator.  This panel gave an overview of what blockchain is and how this technology can be applied to IP.

The last panel of the day, titled “Cyber Attacks – How do we react, counsel,” was given by Juan Carlos Carrillo of IBM (Mexico), Victoria Beckman of Frost Brown Todd Attorneys (United States) and Mahish Sadarangani of Claro y Cia. (Chile) as moderator, and the issue of cyber attacks and how to react to them was discussed.

The Executive Committee held an important and fruitful meeting with Etienne Sanz de Acedo, in which the joint projects underway with INTA were reviewed and the action plan to be followed was defined.

To close the day, the local firms offered a splendid reception on the beach of the Hilton Hotel where participants enjoyed a great Mexican night.